Independently on the location, culture and religion, there are always common elements that unite people. One of them is education. India is not one of the countries where education is neglected – on the contrary, it is my impression that it is very high on the agenda and it seemed to be especially so in Kerala. All of the children in the village where I was staying were going to school from morning until late afternoon always wearing their uniforms. It was always fun to meet them during my walks when they would surround me and ask me all sorts of questions– a bunch of energized chirpy little birds flying free in the green Keralan lushness. Minu was one of the shiest and the most charming ones of them. 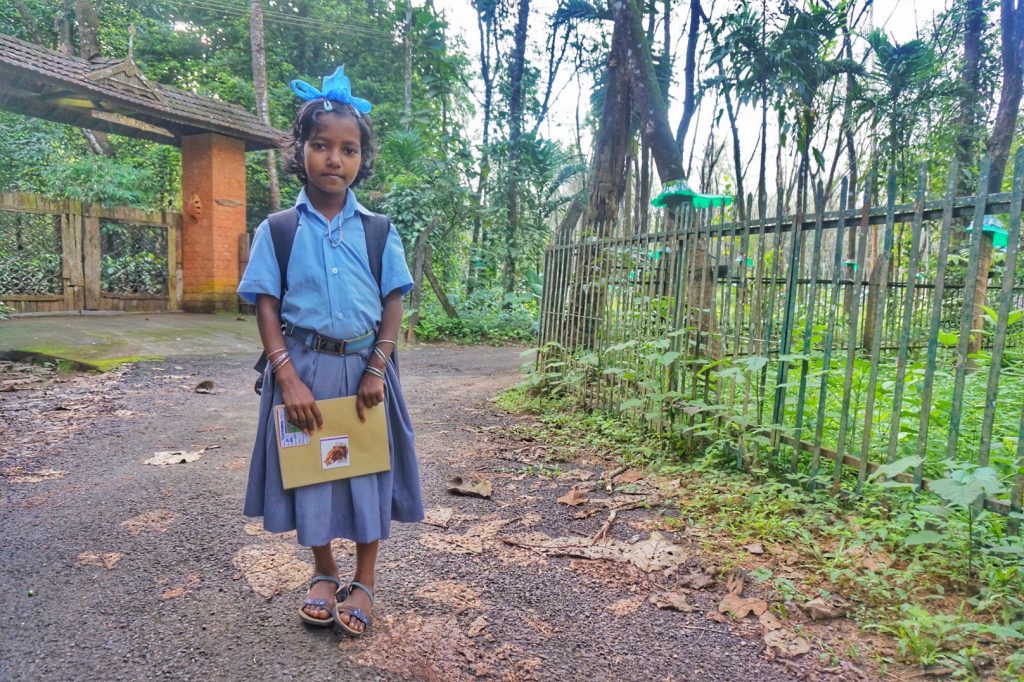 I met her on the way to her house in a late summer afternoon. She was coming back from school and was initially very shy, but after a while felt more at ease and even agreed to show me the content of her notebook. It was really admirable to see how much people in the village appreciated the value of education and how they were eager to invest in the future of their children rather than make them work which happens at many other places. Minu is a bright girl and one day she can be a doctor, an engineer or an artist – actually anything that she wants to be. Fingers crossed that she has the wisdom to study well, listen to her heart and make her dreams come true. But bottom line- she`s set for success by making it to school every day.