For those of us used to the traditional Dutch sobriety and down-to-earth attitude this castle will come as a big surprise. It is probably one of the most luxurious private venues in the country, more richly decorated than the Rijks museum and Het Loo Palace (which belongs to the queen of The Netherlands)

The young owner baron Etienne van Zuylen van Nijevelt van de Haar acquired the ruin of the castle by inheritance in the late 19th century and decided to engage in an enormous project and build a luxorious home for his wife- the French baroness Helene de Rothschild. Helene was a member of the extremely wealthy De Rothschild family, whose family fortune actually enabled him to build the castle in the extravagant manner that he envisioned. 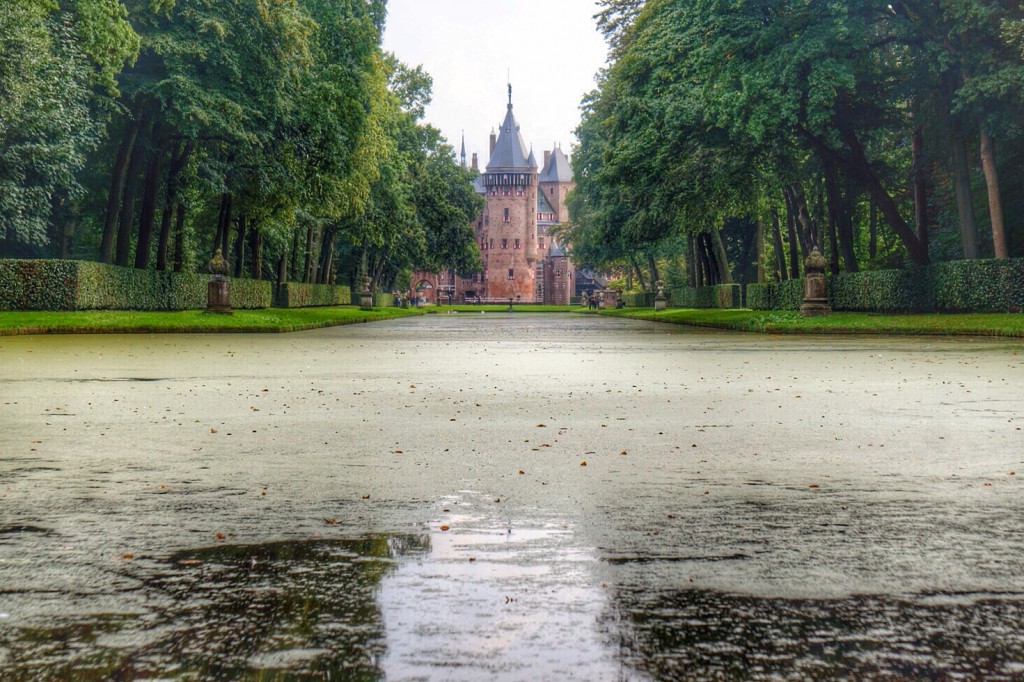 The place is all about comfort and extravagant spending- from the involvement of a famous Dutch Architect Pierre Cuypers (who was the architect of Rijks museum and who spent 20 years designing the castle), through the absolutely impressive interior (unfortunately taking pictures inside was not allowed, but I also really don`t want to spoil it for you guys) and ending with two interesting facts:  It had its own electricity generator in the 1900s and at that time the plants in the park were brought from outside, so could enjoy their 100 old trees right away.

For the last century it has remained a tradition for the Van Zuylen van Nijevelt van de Haar family to reside in the castle for one month a year, each September, and use it as a party house visited by celebrities all over the world (famous guests included Coco Chanel, Maria Callas, Gregory Peck, Roger Moore, Yves Saint Laurent, Joan Collins and Brigitte Bardot). In 2000, the family Van Zuylen van Nyevelt passed ownership of the castle and the gardens (45 ha) to the foundation Kasteel de Haar. However, the family retained the right to spend one month per year in the castle.

Despite of its extravagant splendor, what captured my attention the most were the magical gardens and their royal atmosphere. The deer, swans, the castle at sunset, all of it radiated a fairy-tail like atmosphere and the afternoon spend their felt like a getaway from the real world.

The castle has enough to offer to keep you busy for the whole afternoon. I would recommend booking a guided tour (there are also ones in English that need to be booked in advance). It can be ideally combined with a lunch in the restaurant of the castle and a walk in the gardens.

More for the castle can be found at http://www.kasteeldehaar.nl/english-version/