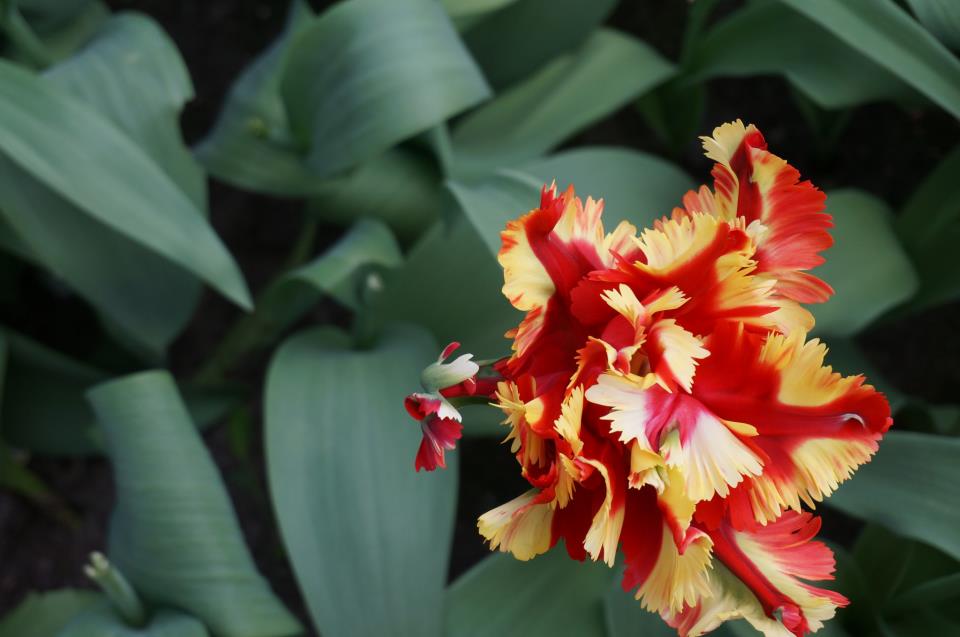 I’ve written before about the art of loving and embracing life  that I deeply admire. I recently had another inspirational example of this. It was my 92-year-old neighbor that I met in the elevator and who complimented me on my outfit (the funny coincidence was that I was also super impressed by her classy look). She also invited me for coffee in her house. I couldn’t make it, but promised to go the next day.

The day after I bought flowers and knocked on the door. She was dressed in a classy black and white dress and was wearing only one shoe. She told me a few months ago she had a stroke as a result of which her left side was very weak so she needed extra stability on the right side. That is why she wore her right shoe in the house as well.

As a result of the stroke she couldn’t do much on her own – not even dress herself, nor cook so she had help in the morning and evening. There was the option to move to a home but she wanted to stay at her own home (which she was happy to pass to her grandson after, in her words “I`ll be gone”, as if “being gone” was the most natural thing).

She told me that she used to work as a model and showed me her collection of Vogue magazines that her daughter in law was buying for her.

She was strong and beautiful, and supremely inspiring in so many ways.

I was deeply moved by her acceptance of the situation as well as her dignity and gratitude for still being able to live as independently as possible.

Furthermore, her appetite for life despite the fact that her body was failing her was just amazing!  She was a beautiful practical example of our reality in which our impermanent bodies are hosting our potentially forever-young spirits. So fragile and at the same time – so invincibly strong.